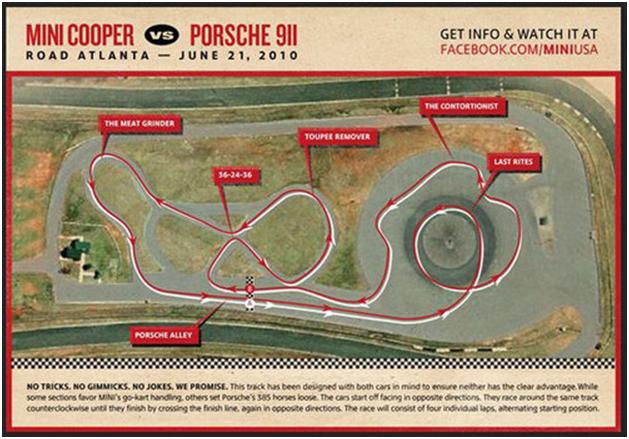 For weeks, Mini has been trying to set up a race between the Mini Cooper S and Porsche 911 Carrera S. Unfortunately for some time, Porsche ignored Mini’s blatant digs at their company and the notion that a Mini could actually beat a Porsche. However, Porsche eventually agreed to the challenge and set up a race at Road Atlanta. After all of Mini’s trash talking they ended up losing the race, but only by a mere 2 seconds. The Porsche costs roughly $76,000 more than the Mini, which equates to $38,000 a second in terms of speed and control. Makes you wonder which is the better value? I think I’d still rather have the Porsche (if i had the money) given how fast it can go in a highway environment. What do you guys think?

Check out the video below. (Fast forward to 35 seconds to get right to the race)