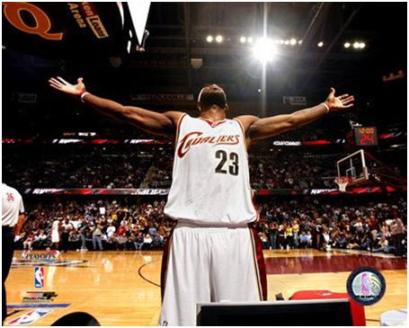 Lebron James: Egomaniac of the Decade.

To everyone who thinks Miami is well on their way to championship I have one word for you: Chemistry.